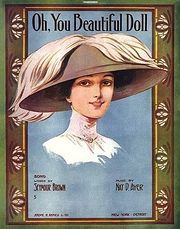 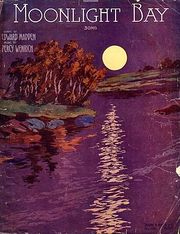 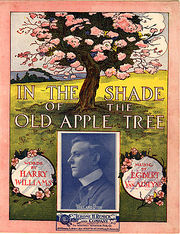 Jerome H. Remick was a major Tin Pan Alley publisher of American popular music, active in the early years of the 20th century (1906-29).

Jerome Hosmer Remick (1867–1931), after some business experience in the Whitney-Remick family lumber firm bought the Whitney Warner Publishing Company in Detroit. Having turned this company around, he founded Shapiro, Remick, & Co. with Maurice Shapiro in 1902. When Shapiro left to found his own firm in 1906, Remick started Jerome H. Remick, which continued until 1929, when it was taken over by Warner Brothers. The company was always based in Detroit, although it had offices in New York.

Remick's first hit songs were by Egbert van Alstyne: In the Shade of the Old Apple Tree (1905), then Pretty Baby and Your Eyes Have Told Me So. Between 1905 and 1914 there were many further vaudevile successes such as Baby Face, I'm Looking Over a Four Leaf Clover, Oh, You Beautiful Doll, Bye Bye Blackbird, Put on Your Old Grey Bonnet (1905), Moonlight Bay (1912) and When You Wore A Tulip (1914). The last ten years of the firm saw a Gershwin song Rialto Ripples (1917), then many "Roaring Twenties" hits by Harry Warren, Al Dubin, Gustav Kahn, Richard Armstrong Whiting and others.