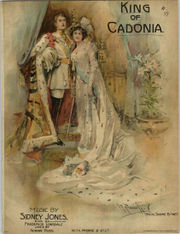 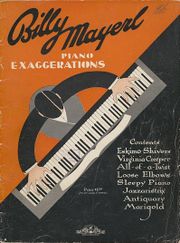 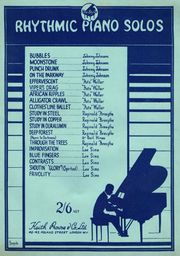 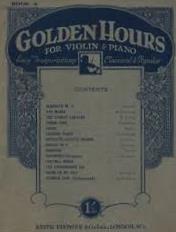 Like many music publishers, Keith Prowse started in a different but loosely related line of business. Also, as sometimes happens with company names, there was never a Mr. Keith Prowse. Robert William Keith (1767–1846), a musical retailer in London from around 1800 joined forces in 1830 with William Prowse (1801–1886) a musical instrument manufacturer and music publisher. The new company name was Keith, Prowse & Co.

For most of the 19th and 20th centuries the company's main activity was as a theatre ticket agency, in which they prospered by using the latest technology and following social trends. For example they sold tickets for Royal Ascot in 1886, opened the World's first flight ticket booking office in 1911 and represented the Wimbledon Championships in 1924. This activity led them into the related field of corporate hospitality from the 1970s. See the web for details of these businesses.

As for music publishing, the Keith Prowse brand meant light entertainment, especially theatrical, so the scores of songs from musical shows were a natural choice. In the 1890s Sidney Jones’ light operas appeared. Then the decade from 1900 saw the publication of salon pieces for piano and stringed instruments by Bridge and WH Squire as well as songs by Gatty Sellars and Horace Clulow.

From the 1920s there were two main trends. One was piano music, especially the enormously successful jazz style of Billy Mayerl (his biggest hit being Marigold in 1927) now available on gramophone records. High quality 78 rpm records were available from about 1930, though limited to about 3 minutes per side. This new technology was matched by the sudden universality of radio, whose influence on society from 1930 to 1960 cannot be over-estimated. Music was also important in the popular social activity of dancing as well as in movies. At the same time Edwardian style salon pieces for piano were still popular with Ketèlbey ’s orientalist pieces, first published 1915 to 1930. The second trend was songs, especially French ’s humorous Irish-themed works, with titles like Whistlin’ Phil McHugh, which remained popular into the 1930s.

In addition to sheet music of popular songs heard on the radio and gramophone, educational music for domestic use was important. The Golden Hours series of easy pieces for many instruments including piano, guitar, and banjo both responded to and created interest in home music-making.

In the 1940s and 50s piano music was still a major part of the catalog, with movie themes such as Addinsell’s Warsaw Concerto, and educational music, especially by James Ching (1900-1961). The Keith Prowse name still exists, although EMI bought the publishing company in the 1960s.