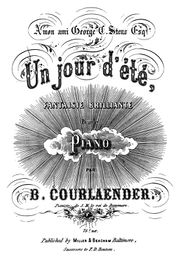 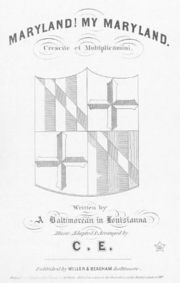 Miller & Beacham was one of the most popular publishers during the American Civil War, and their catalogue included Maryland! My Maryland!.