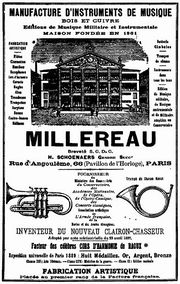 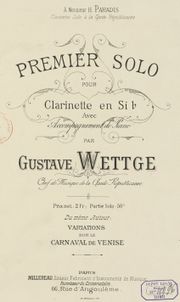 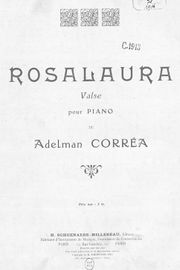 Francois Millereau (1832-92) established his own brass instrument making firm in 1861 after working for Besson. His employee Herman Schoenaers married his daughter Josephine in 1891 and took over the firm in 1913. After Schoenaers had managed the firm for nearly 20 years he sold it to the bigger rival Selmer in 1930.

Like several of his competitors, (for example Sudre, Evette & Schaeffer, Buffet-Crampon), F. Millereau set up a publishing division producing solo and band music (harmonie and fanfare) for his instruments. These included important methods such as Altès for flute, Dauverné for trumpet, Delisse for trombone, Garigue for horn and Salabert for tuba.