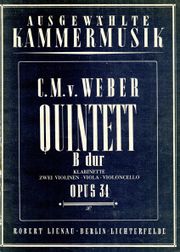 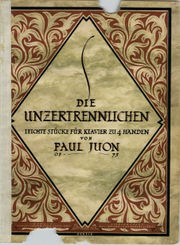 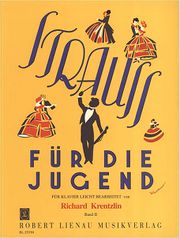 Robert Emil Lienau (1838-1920) an employee at the Schlesinger publishing house in Berlin, which had successfully published Weber’s operas, bought the business in 1864 and renamed it Robert Lienau. He continued to use the Schlesinger name and plate numbering system well into the 20th century. His son Robert Heinrich Lienau (1866-1949) took over the firm in the late 19th century and managed to add Sibelius to the catalog in the 1890s. The Schlesinger imprint was always used for Sibelius' works.

After 1945 the firm was managed by Robert Heinrich Lienau’s daughter Rosemarie Lienau (1903-1996), joined in 1958 by his son Robert Albrecht Lienau (d.2001) The brother and sister team’s two major successes were the “Tonkunstler Kalendar” and Richard Krentlzin’s piano school. Finally, the firm passed into the hands of another family, the Reis’s. Maj-Maria Reis (d. 2000) and her daughter Cornelia Grossmann took over the firm in 1990, and combined it with Max Hieber edition, a Munich popular and folk music specialist, and Zimmermann a piano-music house.

Robert Lienau's plate numbers appear to have been issued in a fairly regular chronological fashion. Dates in italics are estimated. Plate numbers are in the format of S. ####.