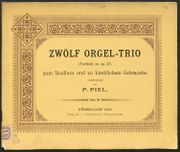 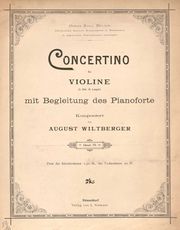 This Dusseldorf-based firm was founded by Leonard Schwann, a goldsmith from Neuss (near Dusseldorf) in 1821. In the 19th century it concentrated on texts for the Catholic community in the Rhineland. Naturally these included church music, so the music publishing business grew with the general growth of music publishing of the century. It bought Josef Seiling of Munich in 1894. Later, the catalog gradually extended into social and psychological subjects. In the 20th century the theological publishing section became part of the Patmos group, based in Mannheim. The music publishing business was bought by Edition Peters in 1974.

The current Schwann firm is best known for publishing the phone books and yellow pages of several Rhineland cities. On the other hand, Schwann Music's current catalog includes sacred vocal and organ music, and Rhineland music. Between 1951 and 1979 it published Denkmäler rheinischer Musik, sponsored by Arbeitsgemeinschaft für rheinische Musikgeschichte, including works by local composers such as Neefe (Beethoven's teacher in Bonn), Johann Wilhelm Wilms, and Norbert Burgmüller. The series has continued in the 21st century, published by Dohr and P.J. Tonger in Cologne.