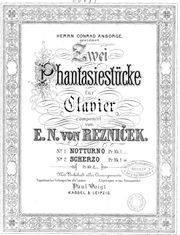 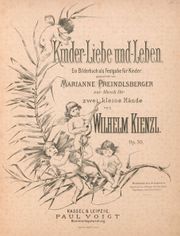 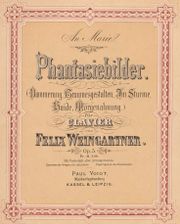 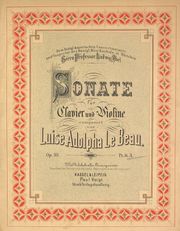 This firm in Kassel, Hessen, founded in 1879, published a large amount of piano music and songs, especially by Wilhelm Kienzl and Felix Weingartner. Several early works by Luise Adolpha Le Beau between Op.10 (Violin Sonata No.1) and Op.20 were also in the catalog. Voigt was bought by Ries & Erler in 1891.
Kassel was the capital of the small state Hesse-Kassel (1567-1866) which was first a Landgraviate and finally an Electorate (Kurhessen, 1803-66). Kassel is famous for Henschel the locomotive and truck manufacturer. As for music, it was the home of Louis Spohr (1784—1859) at the court of William II, Elector of Hesse (a grandson of George II of Great Britain) from 1822 to 1859.

Voigt's plate numbers appear in the following forms: ###. Dates in italics are estimated.