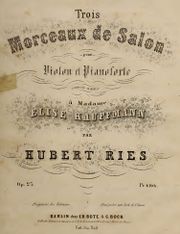 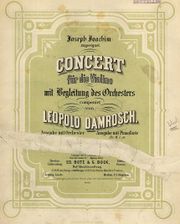 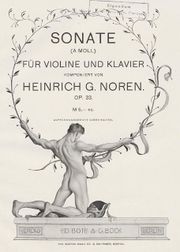 Founded on February 1st, 1838 by Eduard Bote and Gustav Bock (1813-1863) in Berlin with the purchase of the publisher C. W. Froehlich & Co. Expansion was rapid with the additional purchase of the Berlin firms Moritz Westphal (1840) and Thomas Brandenburg (1845). Eduard Bote withdrew from the business in 1847, and Bock's younger brother Emil (1816-1871) directed the company after its founder's death in 1863.

Gustav Bock's son Hugo (1848-1932) took over the reins next, acquiring the publisher Lauterbach & Kuhn in 1908. With the Lauterbach & Kuhn purchase came a substantial body of work from Max Reger. The company's headquarters in Berlin were completely destroyed in 1943.

Plate numbers seem to be used in a chronological manner. Dates in italics are estimated dates.