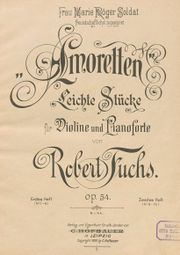 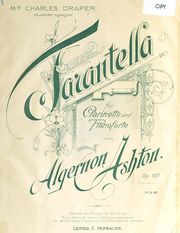 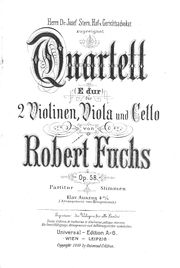 In 1885 Carl Hofbauer and Josef Weinberger started an art and music store in Vienna, but five years later Weinberger set up on his own. Likewise, Hofbauer started his own firm in 1892 in Leipzig, but unlike Weinberger's it was short-lived, operating for less than ten years (1892-1901).
It had two distinct parts to its catalogue. One was popular: Viennese comic dialect songs (couplets) by Carl Lorens, Johann Sioly, and Kratzl, and dances by Oscar Straus and Franz Lehár. The other was more serious: chamber works by Algernon Ashton (Opp.80 to 128) and Robert Fuchs (Op.52 onwards).

The interest of firms in Leipzig for Viennese popular works bears witness to the overwhelming attraction of that city for people all over Europe in the 1890-1914 period.

C. Hofbauer's plate numbers appear in the format of C.H. ###.