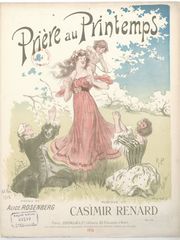 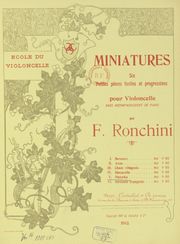 Already from the beginning, Costallat was the sole selling agent of Breitkopf & Härtel in France. Soon after, from 1898, he was able to use the editions of Richault through rent but his widow later bought them in 1903.

When Costallat died after only seven years in business, in 1901, his widow and his daughter kept the firm going. In 1910 Costallat’s son-in-law, Lucien Culliéron de Lacour became joint partner of the firm, and the family business continued until the second world war.

Operations declined slowly after he war. First, in 1958, one part of the Costallat catalogue was sold to Billaudot. Then, in the 1980s Breitkopf und Härtel withdrew the selling rights of their catalogue. Finally the last part of the company (including the “Éditions du Marais”) was sold to Jobert in 1995. Incidentally, Costallat was also the founder of the recording label “Erato” now owned by Warner.