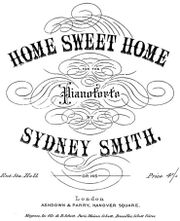 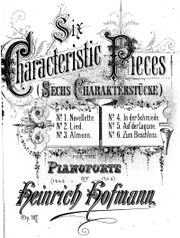 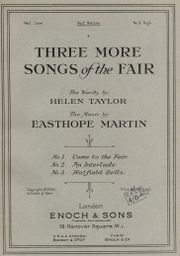 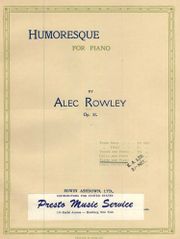 This London company is a successor to Wessel & Co., founded in 1824. In 1860 Wessel retired and transferred his business to Edwin Ashdown and Henry John Parry, who had been his managers. Thus the Ashdown & Parry imprint was used. Then from 1889 Edwin Ashdown became the imprint. The firm bought the London branch of Enoch in 1927. The imprint belonged to the Music Sales group, but in 2018 Music Sales sold its printed music division to Hal Leonard.

The catalog consisted mainly of piano music and some violin pieces, by Berthold Tours, Sydney Smith, J. Hoffmann and Fritz Kirchner. In the 20th century Alec Rowley (1892-1958) is prominent. Probably the best known composition in its catalog is the unison song 3 More Songs of The Fair by Easthope Martin (words by Helen Taylor) first published by Enoch in 1917.