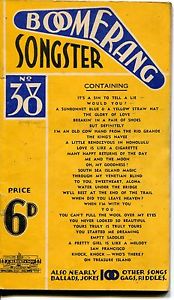 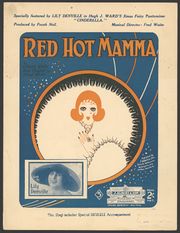 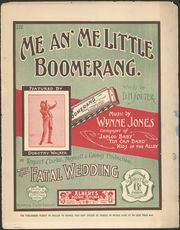 Albert of Sydney has been a major provider of popular music for over 100 years.

It was initially founded in 1885 as a watch and clock repair shop, by Jacques Albert (1850-1914) an immigrant Swiss watchmaker and musician. Then, when Jacques’s son Frank (1874-1962) joined the firm in 1894 the business took the name J. Albert & Son. From about 1895 the firm published popular music in series such as Boomerang Songsters and Sixpenny Pops.

In 1902 Jacques travelled to the US and began competing with other Australian publishers such as Allan & Co and E.W. Cole for the Australian rights to the hits of the day. He secured the rights to international catalogues and composers including Shapiro, Bernstein & Co, Edward B. Marks, and Irving Berlin.

Later the firm was renamed Alberts and expanded into many areas of popular music including recording, video and artist management. Currently its most famous artists are AC/DC.