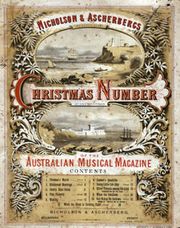 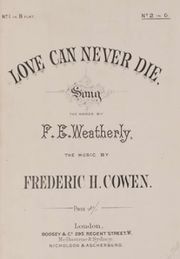 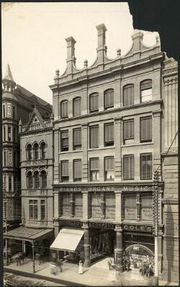 James Charles Wilson Nicholson, (born Bradford England in 1837, died Sydney in 1907) was son of John Nicholson, founder of Nicholson & Co., of Worcester, organ builders and pianoforte manufacturers, to which James was apprenticed at age 10.
In 1859 James emigrated to Melbourne, where he worked in two music stores before starting Nicholson & Ascherberg in Collins Street with Elmas Ascherberg in 1873. The business grew rapidly, so that by 1880 most cities in the country had a Nicholson & Co. store.
After Ascherberg’s departure in 1878 Nicholson moved to spacious premises in Collins Street, where he had many departments, including sales, repairs, teaching rooms, concert rooms, spare parts and booking office. At the end of the gold boom, in 1894, he closed his Melbourne store and moved to Sydney. Louis Edwin, his son, managed the store there until 1939, when it was sold to Allan’s Music, who retained the Nicholson name. When it was later sold to Palings, the name was discontined.

Like its competitors E.W. Cole, Allan & Co. and W.H. Paling, Nicholson published, from 1874 until about 1940, both reprints of British works and original items. The series Australian Musical Magazine continued from 1874 to 1895.