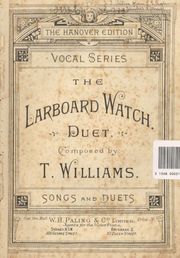 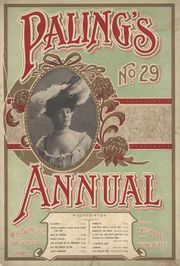 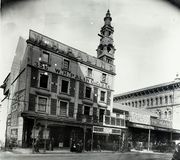 William Henry Paling (1825-1895), grew up in the Netherlands, where he studied the violin under Barthélemy Tours (1797-1864), father of Berthold Tours. He arrived in Melbourne, Australia, in February 1855 and settled in Sydney later that year. During his early years in the colony, Paling taught music privately and in schools, performed on the violin and piano, composed, opened his own teaching academy, as well as forming a Quartette and Glee Club for Gentlemen Amateurs, and a shortlived society, Erudito Musica (after the Rotterdam society of the same name), which first met in January 1856. He also imported music and instruments, and set up a music retail business, which, by the early 1860s, was claiming most of his professional attention.

W. H. Paling & Co. published music from the 1860s until 1950. The items were mainly domestic in character, including a long series of annuals, similar to those published by E.W. Cole and Allan & Co.

His younger brother Richard John Paling (1830-1914), also emigrated to Australia, and had settled in Melbourne by 1856, where he traded as a music and instrument seller and music published as R. J. Paling.

Dates in italics are estimated. Sort by plate when entering new plates.