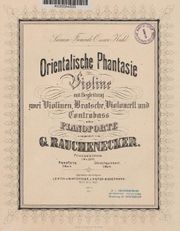 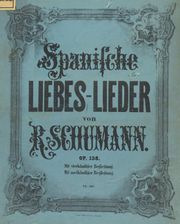 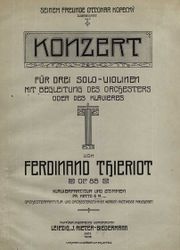 Jakob Melchior Rieter-Biedermann (1811-1876) was born in Winterthur, Switzerland (Zurich canton). When he was 22, he went to Paris to study engineering; there he became acquainted with Berlioz and Rossini. Returning home in 1835, Rieter-Biedermann served as the librarian for the Winterthur Musikkollegium. In 1849, he founded the music publishing firm whose catalog grew to more than 900 works by the time of his death.

Works issued included those of Berlioz, Schumann, and Brahms. His son-in-law Edmund Astor (1845-1918) directed the Leipzig branch from its founding in 1862, and subsequently Leipzig became the headquarters on the Winterthur office's closing in 1884. In 1917, the company was purchased by C.F. Peters.