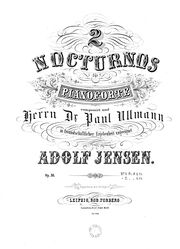 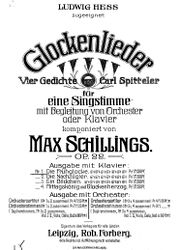 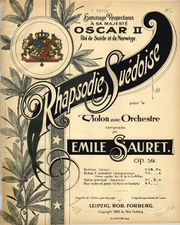 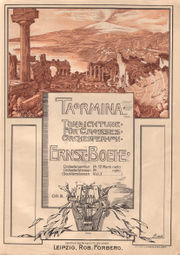 Founded by August Robert Forberg (1833-1880) in 1862. With headquarters in Leipzig, Forberg's international fame was achieved largely through its activities as a German agency for foreign music publishers. One of the most important agencies was that for the Russian publisher P. Jurgenson, despite the latter's close relationship with the Hamburg firm D. Rahter. Forberg was the sole agent for a number of Tchaikovsky works, including the Symphony No.6. By 1908, the Forberg catalog contained more than 6000 titles. Besides Tchaikovsky, other composers represented included Smetana, Richard Strauss, and Reger. The facility in Leipzig was severely damaged by bombing in 1943. After the war, the company was relocated to Bonn (1949), moving subsequently to Bad Godesburg (1951 forward).