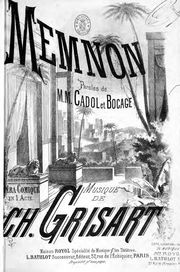 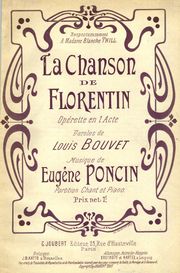 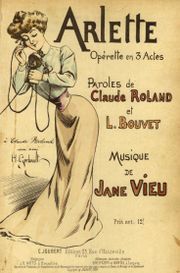 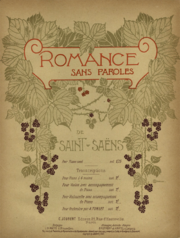 This Parisian firm was founded by L. Bathlot in 1868 and was first known by that name. Bathlot had acquired the business of the music copyist and publisher Isidore Royol who had been in business since 1846 (since 1852 as a publisher).

Over 20 years later Martin-Célestin Joubert (1861–1934), a lawyer who had Bathlot as a client, joined the firm ca.1890, causing the imprint to be changed to L. Bathlot-Joubert. This Belle Epoque decade was a time of vast output of popular songs and operettas.

The name C. Joubert was adopted by 1896, and the firm acquired a voluminous catalog of French 19th works of all types when it took over Brandus (actually known as Philippe Maquet from 1887 to 1899) in 1899. It published mainly dances, songs, and operettas, but also some serious works, such as Franck's les Beatitudes (1889). Its last publication in the BNF catalog is of Jack Ledru (1922-) in 1967.

This firm should not be confused with John Jobert or Editions Jobert, founded in 1921.

The format for the firm's plate numbers followed the changes in company name. Dates in italics are estimated.