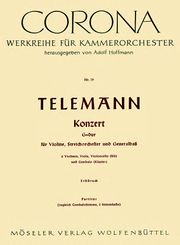 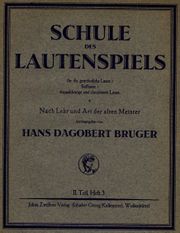 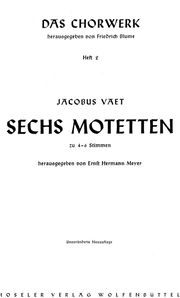 Möseler was one of an energetic group of publishers in the former Kingdom of Hannover and Duchy of Brunswick, (present day Lower Saxony) such as Nagel and Bachmann (Hannover), and Litolff and Heinrichshofen (Braunschweig).

Möseler of Wolfenbuttel, North Germany, has played an active part in German cultural life from 1900 to the present, especially through its Corona and Das Chorwerk series.

Julius Zwissler, owner of the former Holle Verlag in Wolfenbuttel from 1881 until 1916 presided over a period of relative inactivity, but a new impulse was given by the arrival of Georg Kallmeyer (1875-1945) in 1913. Kallmeyer was the owner of the Ramdohrschen Buchhandlung in Braunschweig, which published many works related to the Wandervogel (akin to the Boy Scouts), such as the magazine Der Wandervogel and the book series Bücher der Wandervogel. Three years later he became sole owner of Zwissler, and sold his interest in Ramdohrsche Buchhandlung to Bernhard Diestelmann in 1918. The firm was finally renamed Georg Kallmeyer Verlag in 1925. Kallmeyer continued to support the youth movement in the 1920s and 30s, aided by Fritz Jöde, Friedrich Blume, Georg Götsch, Hilmar Höckner, Adolf Hoffmann, Eckehardt Pfannenstiel and Hermann Reichenbach.

Each member of Georg Kallmeyer Verlag's editorial team had his own interests: Jöde edited the magazine Die Laute, later Die Musikantengilde, an important element in the youth music movement, and also edited several collections such as Der Kanon, Der Musikant and Alte Madrigale. Jöde was the principal of Staatliche Akademie für Kirchen- und Schulmusik in Berlin from 1923, but was sacked in 1933 by the new government. In a different, more academic direction, Hans Dagobert Bruger edited the first critical edition of Bach's lute compositions, and a lute method: Schule des Lautenspiels. Friedrich Blume started the famous Renaissance polyphony series Das Chorwerk, and Adolf Hoffmann edited a school orchestra series named Deutsche Instrumentalmusik für Fest und Feier later renamed as Corona. Inevitably, pressure from the NSDAP government from 1933 was felt, through the Kulturamt der Reichsjugendführung (Imperial youth education department) under Karl Cerff, and in fact Kallmeyer Verlag became the official publisher of Hitler Youth songs. For more information on this period, see here. Kallmeyer was also involved in scholarly editions or Denkmäler of works by Crappius, Forster, Rust and Schütz and also published most of the collected works of Michael Praetorius.

Möseler Verlag's plate numbers were issued in a regular chronological fashion. Plate numbers are in the format of #### or “M ##.###”. Dates in italics are estimated.