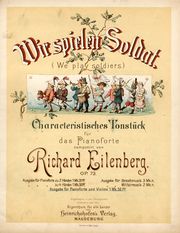 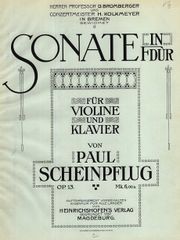 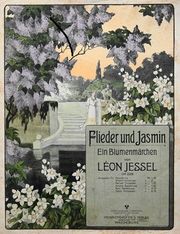 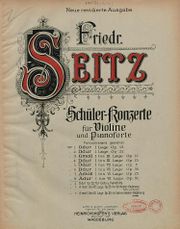 Heinrichshofen was one of an energetic group of publishers in the former Kingdom of Hannover and Duchy of Brunswick, (present day Lower Saxony and Saxony-Ahnhalt) such as Nagel and Bachmann (Hannover), Litolff (Braunschweig) and Möseler Verlag (Wolfenbuttel).

Heinrichshofen has been a family firm for over 200 years. Wilhelm Heinrichshofen (1782–1881) started working in 1797 at Keil’s bookshop in Magdeburg. In the 19th century the city was in the Prussian state of Saxony, but is now the capital of Saxony-Anhalt. Wilhelm took over the business in 1806 and used his own name. The firm passed from father to son for the rest of the century: Theodor Heinrichshofen (1815-1901) from 1840-1884 then Adalbert Heinrichshofen (1859-1932) from 1884.

In the second half of the century they greatly expanded, taking over several smaller publishers, including: Siegel & Schimmel (Berlin) in 1901, M. Bahn (Berlin) in 1902, Luckhardt (Stuttgart) in 1905, and Albert Rathke (Magdeburg) in 1912. They specialized in piano works for amateurs and educational works. Hofmeister's Monatsberichte lists approximately 1,000 works published by the firm between 1830 and 1900. Among these the composer and arranger named Franz Xaver Chwatal figures large, with 269 opus numbers (for piano), and many arrangements for 2 pianos 8 hands, between 1830 and 1874.


In 1945 Magdeburg, like Leipzig, found itself in the Russian occupation zone, which soon became the communist German Democratic Republic, so rather than undergo nationalization the family moved the firm to Wilhelmshaven in West Germany, near Bremen on the north German coast.


From the 1950s steady growth continued, with more acquisitions: Impero Verlag (Wiesbaden) in 1963, Edition Vinzenz Hladky (Vienna) in 1969, and Sirius Verlag (Berlin) in 1969． Noetzel Edition started in 1964. Then in the 1980s there were several big changes, with a move in the direction of popular music, the takeover of Dance Motion Verlag (Bonn) in 1983, the spinning off of a separate book publishing company Heinrichshofen-Bücher in 1986, and the start of Ars Musica Verlag (Wilhelmshaven).


Following Otto Heinrich Noetzel’s death in 1987 his widow Eva Noetzel took over, assisted by her son-in-law Dr. Viktor Kreiner until 1998. Finally, in 2003 she handed over the firm to her children, the present owners Katharina Kreiner and Prof. Rötger Noetzel.

Heinrichshofen's plate numbers were issued in a regular chronological fashion. Dates in italics are estimated.
Plate numbers appear with several prefixes in the following formats: