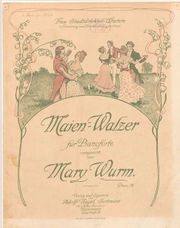 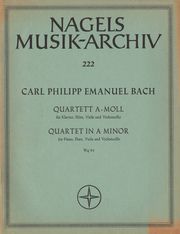 Nagel was one of an energetic group of publishers in the former Kingdom of Hannover and Duchy of Brunswick, (present day Lower Saxony) such as Bachmann (Hannover), Litolff and Heinrichshofen (Braunschweig) and Möseler Verlag (Wolfenbuttel).

In 1835 (Georg Wilhelm) Adolph Nagel (1800–1873) acquired a music store and publishing business originally founded in 1819 by Christoph Bachmann in Hannover. In fact, they had been partners, publishing under the name Bachmann & Nagel until the end of 1834. Output was vigorous in the 19th century: piano pieces, dances, songs and male voice chorus works.

The story becomes rather complicated in the 20th century because the founder’s grandchildren sold the music store (1888) but continued to publish. Subsequently the music store was bought in 1913 by the enterprising Alfred Grensser (1884–1950), who saw a market for scores for young players, part of the 1920’s “youth movement”. Thus he stimulated a revival of interest in recorder music. A related field was forgotten Baroque and pre-classical works in the famous Nagel's Musik-Archiv (1927-), a series of over 200 scores which combine serious scholarship with suitability for amateur music-making.

The final chapter includes several events in a short period of time: the two Nagel publishing houses reuniting under Grensser (1941) wartime destruction prompting a move to Celle (1944) and, shortly after Grensser’s death, sale of the firm to Bärenreiter-Verlag (1952).