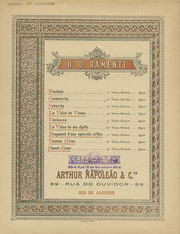 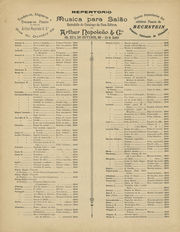 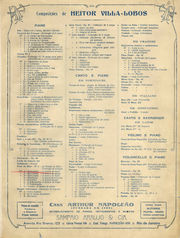 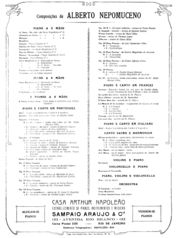 Arthur Napoleão was one of the leading Brazilian music publishers of late 19th – first half of 20th century based in Rio de Janeiro. It was founded in 1868 (as printed on the title page of Villa-Lobos edition).

Printed by B. Schott's Söhne