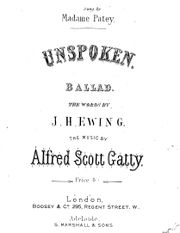 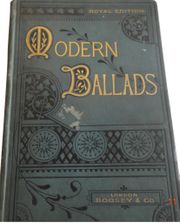 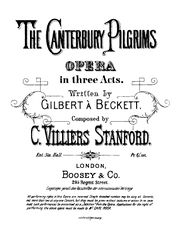 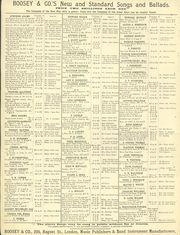 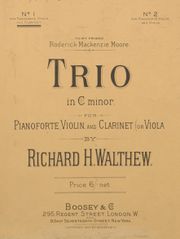 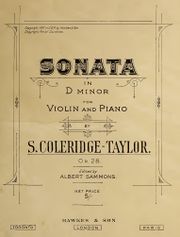 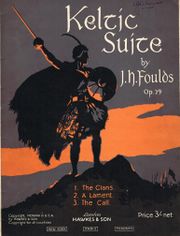 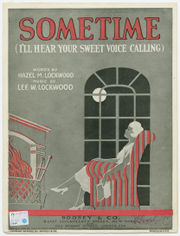 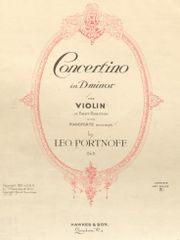 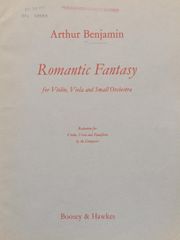 Boosey & Hawkes is a British music publisher that claims to be the largest specialist classical music publisher in the world. Until 2003, it was also a major manufacturer of brass, string and wind musical instruments. The company was formed in 1930 through the merger of two well-established British music publishers, Hawkes & Son, Ltd. and Boosey & Co, Ltd. The merger was negotiated by Ralph Hawkes (1898-1950) and Leslie Boosey (1887–1979). Of the two companies, Boosey & Co was the older, operating from the late 18th century, while Hawkes and Son was founded in 1865 by William Henry Hawkes.

Hawkes and Son had a strong catalogue of wind band compositions, of which the most famous is Colonel Bogey March by Alford (1914). It also published many tutors and studies for wind instruments such as those of Langey, Klose and Baermann for clarinet, and Arban for cornet. It published many light music successes by Samuel Coleridge-Taylor, John Blackwood McEwen, Albert Sammons and J.H. Foulds' Keltic Lament of 1915. The more serious works in the catalogue were by Delius (Sea Drift), Holbrooke and Moeran.

Boosey profited from the popularity of ballads in the mid 19th century. In fact John Boosey (c. 1832–1893), son of Thomas Jr., started the London Ballad Concerts (from 1867 at St. James's Hall, from 1893 at Queen's Hall). Famous examples of the genre are Sullivan's "The Lost Chord" (1877) and Adams' "The Holy City". These appeared in many collections: Modern Ballads, The Songs of England, The Songs of Scotland, The Songs of Wales and Songs of Ireland. From ca.1890, Boosey and Co.'s publications were generally rather more serious in tone than Hawkes', by Elgar, Stanford, Walthew, Cyril Scott and other figures of the 1890-1920 period. On the other hand the ballad was still important, with Edwardian songs, by Sanderson, Adams, Coleridge-Taylor and others, including Woodforde-Finden's worldwide success 4 Indian Love Lyrics (1905). Incidentally, one Boosey, William Boosey was a major figure in the mangement of Chappell in the last years of the 19th century.

Both companies manufactured wind instruments. Boosey started making woodwind instruments in 1851, and made new flutes to flautist R. S. Pratten's (1824–1868) designs from 1856. Also from 1868 it made brass instruments after taking over Henry Distin's company. Hawkes also made musical instruments especially brass, and had a factory in Edgware, near London.

The present company owns the copyrights or agencies to much major 20th century music, including works by Bartók, Bernstein, Britten, Copland, Kodály, Mahler, and Richard Strauss. The acquisition of Serge Koussevitzky's Editions Russes de Musique in 1947 represented a major turning point in the building of its 20th century music catalogue, and marked the addition of numerous works of composers like Stravinsky, Rachmaninoff, and Prokofiev. In additon this purchase brought a Russian catalog going back to the early 19th century (including nearly every significant Russian composer except Tchaikovsky, who was published by Jurgenson), by virtue of E R de M's acquistion of Gutheil in 1914. The period 1950 to 1980 saw many boardroom battles among a cast of strong personalities: the Booseys, Hawkes, Ernst Roth, Benjamin Britten and Donald Mitchell; see here for details

The early 21st century brought many changes, with the company ultimately sold (2008) to a holding company owned by the Dutch pension fund Stichting Pensioenfonds ABP - Imagem Music Group, which was formed from companies sold by Universal Music Group after the European Commission ordered the sell-off as a condition of its merger with BMG's publishing arm. In 2009, Imagem, which now belongs to Concord Music, acquired the rights to Rogers and Hammersteins's musicals.

As for retailing, Boosey & Hawkes Music Shop had premises at 295 Regent Street in London from the 1930s until 2005, but now sells only online. Its offices relocated to the Aldwych, London in 2005. It still has the UK's largest selection of printed music from all publishers, and operates a worldwide mail order service.

Hawkes and Son (prior to merger)

Boosey (prior to merger)