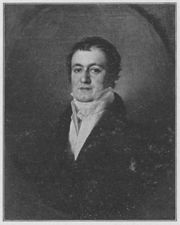 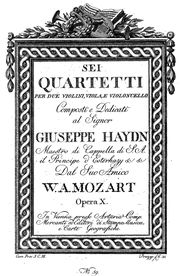 Giovanni's son Pasquale (1755-1785) soon entered the business, and succeeded his father as manager of the company. Printed music was soon being imported from London, Amsterdam, and Paris for the growing appetites of musicians in Vienna. The Parisian music publisher Anton Huberty provided an initial investment. Moving to Vienna in 1777, Huberty established his own engraving and printing firm, which served as Artaria's impetus to enter the publishing field. The first Artaria imprint appeared on August 12, 1778. Huberty served as primary engraver until his death in early 1791.

By 1780, Francesco's brother Ignazio Artaria (1757-1820) entered the business. After the death of Pasquale, his brother Domenico (1765-1823) also joined the business, and in the same year (1785), Artaria started to engrave its own plates, at first made of pewter. Artaria's expansion was rapid to the point that their chief competitor Christoph Torricella was soon outstripped and closed his shop. Artaria aquired close to 1,000 plates along with the publishing rights from the subsequent public auction on August 12, 1786.).

The following decade saw two new partners enter the firm's leadership: Carlo's brother-in-law Giovanni Cappi in 1792, whose nephew Pietro also apprenticed at the firm; and Tranquillo Mollo (1793). During this period, many publications were transferred from Hofmeister to Artaria. The inevitable disagreements among five partners along with the financial difficulties generated by the Napoleonic wars created a crisis, which hurt business immensely. Eventually, competition, such as Diabelli, Mechetti and Tobias Haslinger overtook the ageing firm. Practically speaking, music publishing ceased around 1830, and in fact, Diabelli bought the music publishing firm in the 1830s. Although, technically, Denkmäler der Tonkunst in Österrreich, was distributed by them (the publisher being Österreichischer Bundesverlag), the firm basically ended in 1858. However the name continued as a map-publisher into the early 20th century.

Artaria was not only a music publisher. It also dealt in art and geography. Indeed, its reputation as an art dealer eclipsed it musical significance for quite some time, mainly early on. However, we can summarize its achievements as follows: they were absolute geniuses at music publication; for example, contacting Haydn as early as 1779, and published a set of his piano sonatas - as plate No.7. By 1781, they were publishing Wolfgang Amadeus Mozart's works - untimately issuing 83 first editions of his music. Beethoven was published by them as early as 1793, and they continued to be his publisher until Op.8. Other composers represented included Boccherini, Gluck, Clementi, and Salieri.